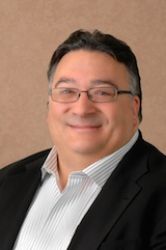 Bryan Wolf received his M.D. and Ph.D. from the University of Paris, France, and completed post-doctoral training (Biochemistry), residency (Laboratory Medicine) and a fellowship (Clinical Chemistry) at Washington University School of Medicine and Barnes Hospital in Saint Louis (1984-1990). In 1990, he joined the faculty of the Department of Pathology and Laboratory Medicine at the University of Pennsylvania Perelman School of Medicine where he was a tenured professor through 2021. His primary area of research focused on the signal transduction mechanisms of insulin secretion in the beta-cell of endocrine islets.

From 2001 through 2008, Dr. Wolf was Pathologist-in-Chief and Chair of the Department of Pathology and Laboratory Medicine at The Children's Hospital of Philadelphia (CHOP), where he was responsible for the day-to-day clinical operations, the laboratory systems implementations, and the academic aspects of the department. Under his leadership, the department established new programs in basic science research and introduced molecular and genomics-based diagnostic testing.

In 2008, Dr. Wolf became Chief Information Officer and Senior Vice-President of Information Services (IS) at CHOP with responsibility for all IS technology and applications for the CHOP enterprise. He was focused on leading several major transformational initiatives for CHOP: implementation of the electronic health record (Epic), enterprise analytics, and developing an integrated program in biomedical and health informatics. Dr. Wolf also served as a member of the Perelman School of Medicine Committee on Appointments and Promotions at the University of Pennsylvania (2005-2013), and was its chair from 2008 to 2013.

In 2014, Dr. Wolf was appointed to lead a new department of Biomedical and Health Informatics at The Children’s Hospital of Philadelphia, as Chair of the department while continuing in his role as Senior Vice President & Chief Information Officer (through 2015).  Dr. Wolf was ideally positioned to lead the effort to launch and build a Department of Biomedical and Health Informatics designed to integrate the various CHOP-based initiatives in informatics and analytics, while leveraging the existing IT resources and the Hospital’s substantial investment in the electronic health record.

From 2015 to 2021, Dr. Wolf was appointed Chief Scientific Officer and Executive Vice President at CHOP and Director of the CHOP Research Institute. Under his leadership, the Research Institute has articulated a strategic vision designed to have maximum impact on child health with a focus on understanding the causes and developing cures for rare and complex diseases of children combined with a focus on computational biology, informatics and data science.

In July 2021, Dr. Wolf became Emeritus Professor of Pathology and Laboratory Medicine at the University of Pennsylvania.